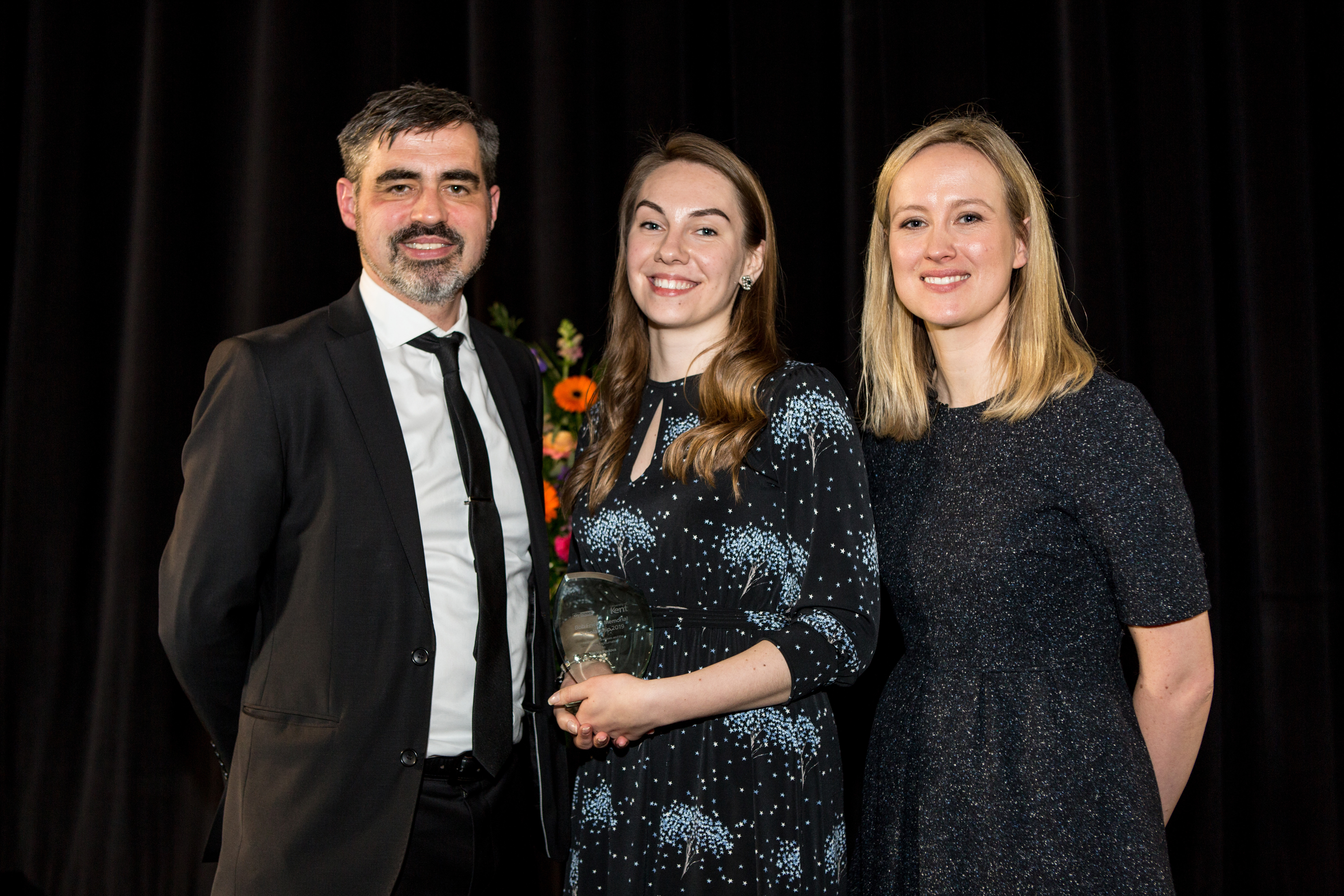 Karina, who is in her final year at the Centre for Journalism, was presented with her prize by Sophy Ridge - presenter of Sky's flagship political discussion programme every Sunday - and Peter Diapre, assistant editor (mobile).

She won over Sky News executives with her pitch for a story about defibrilators being legally required in schools, universities and sports centres. Her prize was £3,500 towards her tuition fees and a month's work experience with Sky News this summer. 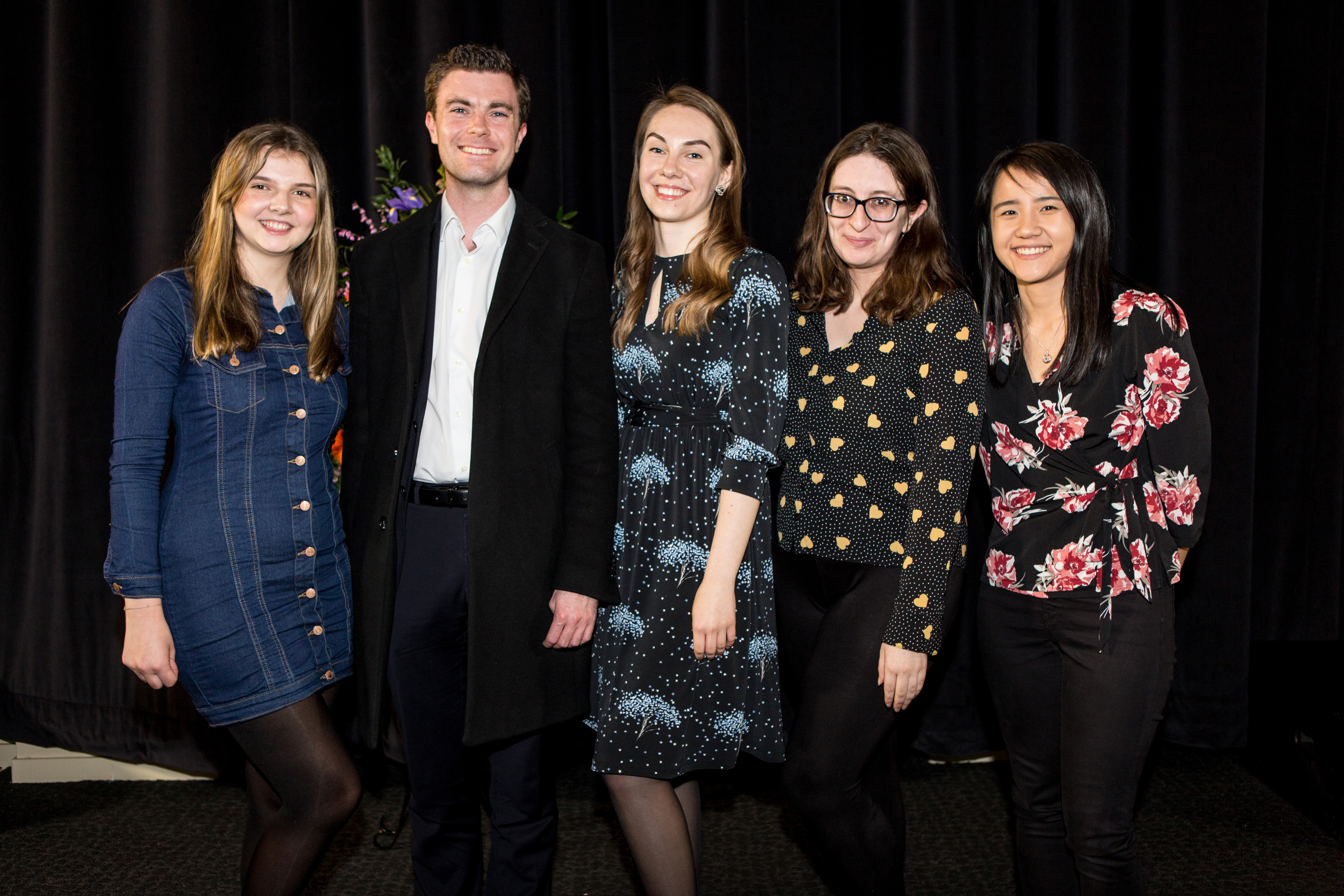 After the presentation Sophy Ridge gave a lecture entitled: "Worse than estate agents - how to rebuild trust in journalism". She urged students to put accuracy above all else and to speak as often as possible to people in communities outside the "media bubble" of London.

Sophy completed her NCTJ training in Harlow in 2007 before joining the News of the World as an entertainment reporter. She joined Sky News as a political correspondent in 2011 and became the first female host of a Sunday politics show in the UK in 2017.

She told Centre for Journalism students that the key to success is having no fear of being embarrassed or of asking 'stupid' questions. But she also warned them to manage their own brands on social media carefully.

"I will never write anything on social media that I'm not happy to have appear in the Daily Mail with my face alongside it," she said.